While I’ve sworn that I would never write about my new favorite album in this weblog—if I think that the White Stripes' latest album is even better than Get Behind Me Satan, what do you care?—but at the recent XML Summer School in Oxford Norm Walsh convinced me that more coverage of non-technical topics is a good thing. A few recent Tim Bray postings convinced me that it’s worthwhile to point at great musical performances on YouTube that people don’t know about. While it’s very easy to find people discussing the most recent White Stripes album, you probably didn’t even know about David Bowie’s 1975 stint on the Dinah Shore show.

I stumbled across it while looking through YouTube for Louis Prima clips one night. (Here’s a nice one, and here’s a very early one if you’re interested.) New Orleans' second most famous scat singing trumpet player named Louis—the Italian one—had been on a Dinah Shore TV show in 1958, and YouTube showed me popular related clips on the right side of the screen—David Bowie? In his Thin White Duke prime?

You could watch him describe his admiration for Fonzie (and Dinah Shore calling Fonzie “the David Bowie of ‘Happy Days’"), or take a Karate lesson, but if you want to skip the camp, check out his kickass version of “Stay”. 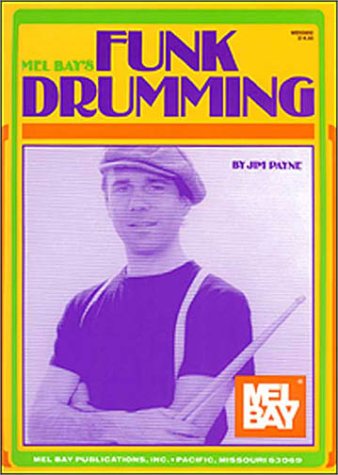 My daughter’s drum teacher has her using this Mel Bay’s Funk Drumming book, and I’ve often joked that its author doesn’t look very funky. To show her a best case, I showed her Bowie on Dinah Shore. Dennis Davis was a Vietnam Vet who had studied with Max Roach and Elvin Jones, and boy, Bowie spent his money well. The whole band is amazing. Even with Earl Slick’s awful 70s hair and awful 70s white suit, he made a fine contribution to the song. Keep in mind as you watch this that it’s on a midday talk show whose closest modern equivalent would be The View.

(If you’re a big Bowie fan, don’t miss his 1974 performance of “Young Americans” on Dick Cavett, either.)

Perhaps there should be a best of “Dinah,” as they did for the Dick Cavett show… focusing on the music… her Iggy interview is classic, and I’m sure there are some other gems amid the dreck…

I think I was home sick from high school when the bowie/iggy Dinah show first aired.

BTW… your TypeKey implementation isn’t working for me.

Thanks Jim. I didn’t notice the TypeKey comment there, and took it out. I’ve been trying to figure out how to automatically have Movable Type approve comments from people I’ve approved before without forcing them to use a TypeKey ID, and I must have checked the wrong dialog box somewhere. I found a plugin at Movalog.com, but the link to the plugin to download is broken and they don’t answer their email.

Bob! You forgot to your affiliate tag on the link to the Mel Bay book. Oh well, I don’t really need to buy anything from Amazon right now anyway. I can always click on HipsterGifts.com in the event I need anything, anyway. Not only that, if your audience is like my site’s audience, no one ever clicks on any ****ing links anyway, especially not the paying ones :-(

I will remember to hit a few Google ads before I go!\