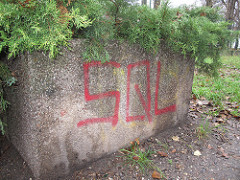 I sometimes go many months with no need to use SQL, so over the years I’ve developed my own quick reference to remind me how to do basic tasks when necessary. Most SQL quick reference sheets out there try to pack as much different syntax as they can in a small space, but mine focuses on what the basic tasks are and how to do them. I hope that someone finds it useful.

I tested all the SELECT commands shown with the MySQL employee sample database that I downloaded from github.

(I also later converted this to be the SQL page for the wonderful Learn X in Y Minutes site; that page has since been translated to Spanish, Italian, Russian, Turkish, and Chinese!)

Enter these at the SQL command line. I don’t think semicolons are necessary after every one of these commands, but I find it simplest to just always add them. SQL is not case-sensitive about keywords, and I tend to enter them in lower-case, but I’m showing them in the conventional upper-case here because it makes it easier to distinguish them from database, table, and column names.

There are often multiple ways to execute some of the following tasks, but these work for me. Treat all as single-line commands.

Other handy tricks, as covered in the MySQL documentation