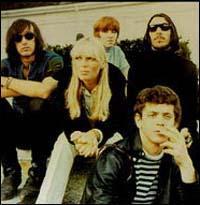 I was happy to see Tim Bray’s endorsement of Elliotte Rusty Harold’s declaration that RELAX Wins, although given the size of Tim’s audience, I wouldn’t be surprised if a reasonable number of them barely knew that W3C Schema has any competition. It’s great that Tim reminded them about this competition, and of course RELAX NG is better, but still, W3C Schema is the context for most non-publishing XML development out there. (When I see how many publishing operations still use DTDs, I could make an argument that neither W3C schemas or RELAX NG has won yet, because a lot of votes haven’t been cast.)

Note that when Elliotte says that RELAX wins, he includes the qualifier “among the XML cognoscenti”. This reminded me of how Tim once said that “SGML ‘mattered’ in the same sense that Robert Johnson and the Velvet Underground matter to popular music, but nobody bought their records and 99% of the programming profession ignored SGML. Being important or mattering is not equivalent to success in the sense that trade-conference audiences think of it.” While giving a class on taking advantage of W3C schema typing from XSLT 2.0 and XQuery, Michael Kay said of W3C schema, based on his experience with clients, “I’m not selling it to you because it’s good; I’m selling it to you because it’s necessary.” He makes a similar good point in an xml-dev discussion of this victory celebration.

If the bad news is that the majority of XML developers have picked an ugly, convoluted syntax that is difficult to maintain when they store metadata about their types, the good news is that at least they’re storing metadata about their types in parsable XML. To get back to my running theme of using RDF/OWL technology to take advantage of existing data, I’m looking forward (speaking of trade show audiences) to chairing Ralph Hodgson’s Ontology-Based XML Schemas for Interoperability between Systems and Tools presentation at XML 2006 next week. With a co-worker at TopQuadrant and some people at NASA, Ralph put together a system to automate the creation of RDF and OWL structures from W3C schemas. It fits well with the increasingly important semantic web idea that we should do what we can with the data (and metadata) that’s out there instead of talking about the data that should be out there. And TopQuadrant is doing it with real data with a real client—the organization that put men on the moon.

I won’t let Ralph off too easily, though; one of the best parts of chairing a session is that you have your own microphone and get to ask all the questions you want. I’m sure I’ll have several.