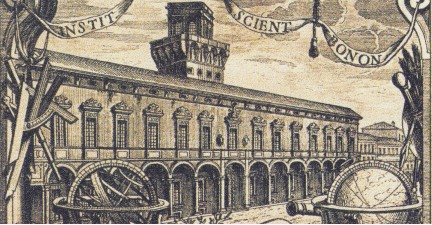 As I have once before, I’m republishing an entry from an O’Reilly blog I had from 2003 to 2005 on topics related to linking. I’ve been reading up on early concepts of metadata lately—I particularly recommend Ann Blair’s Too Much to Know: Managing Scholarly Information before the Modern Age—and have recently found another interesting reference to the “Regulae Iuris” book mentioned below. When I wrote this, I was more interested in hypertext issues, and if I was going to change anything to update this piece, I would change the word “traverse” to “dereference,” but all the points are still meaningful.

Works about linking often claim that it’s been around for thousands of years, and then they give examples that are no more than a few centuries old. I can only find one reference to something more than a thousand years old that qualifies as a link: Peter Stein’s 1966 work “Regulae Iuris: from Juristic Rules to Legal Maxims” describes some late fifth-century lecture notes on a commentary by the legal scholar Ulpian. The notes mention that confirmation of a particular point can be found in the Regulae (“Rules”) of the third-century Roman jurist (and student of Ulpian) Modestinus, “seventeen regulae from the end, in the regula beginning ‘Dotis’…”. The citation’s explicit identification of the point in the cited work where the material could be found makes it the earliest link that I know of.

Other than Stein’s tantalizing example, all of my research points to the 12th century as the beginning of linking. In a 1938 work on the medieval scholars of Bologna, Italy, who studied what remained of ancient Roman law, Hermann Kantorowicz wrote that in “the eleventh century…titles of law books are cited without indicating the passage, books of the Code are numbered, and the name of the law book is considered a sufficient reference.” He uses this to build his argument that that a particular work described in his essay is from the eleventh century and not the twelfth, as other scholars had argued. Apparently, it was common knowledge in Kantoriwicz’s field that twelfth century Bolognese scholars would reference a written law using the name of the law book, the rubric heading, and the first few words of the law itself. (Referencing of particular chapters and sections by their first few words was common at the time; the use of chapter, section, and page numbers didn’t begin until the following century.)

Italian legal scholars trying to organize and make sense of the massive amounts of accumulated Roman law contributed a great deal to the mechanics of the cross-referencing that provide many of the earliest examples of linking. The medievalist husband and wife team Richard and Mary Rouse also found some in their research into evolving scholarship techniques in the great universities of England and France (that is, Oxford, Cambridge, and the Sorbonne) and they described Gilbert of Poitiers’s innovative twelfth-century mechanism for addressing specific parts of his work on the psalms: he added a selection of Greek letters and other symbols down the side of each page to identify concepts such as the Penitential Psalms or the Passion and Resurrection. If you found the symbol for the Passion and Resurrection in the margin of Psalm 2 with a little 8 next to it (actually, a little “viii”—they weren’t using Arabic numerals quite yet), it would tell you that the next discussion of this concept appeared in Psalm 8. Once you found the same symbol on one of the eighth psalm’s pages, you might find a little “xii” with it to show that the next discussion of the same concept was in Psalm 12. This addressing system made it possible for someone preparing a sermon on the Passion and Resurrection to easily find the relevant material in the Psalms. (In fact, aids to sermon preparation was one of the main forces in the development of new research tools, as clergymen were encouraged to go out and compete with the burgeoning heretic movements for the hearts and minds of the people.)

The use of information addressing systems really got rolling in the thirteenth-century English and French universities, as scholarly monks developed concordances, subject indexes, and page numbers for both Christian religious works and the classic ancient Greek works that they learned about from their contact with the Arabic world. In fact, this is where Arabic numbers start to appear in Europe; page numbering was one of the early drivers for its adoption.

Quoting of one work by another was certainly around long before the twelfth century, but if an author doesn’t identify an address for his source, his reference can’t be traversed, so it’s not really a link. Before the twelfth century, religious works had a long tradition of quoting and discussing other works, but in many traditions (for example, Islam, Theravada Buddhism, and Vedic Hinduism) memorization of complete religious works was so common that telling someone where to look within a work was unnecessary. If one Muslim scholar said to another “In the words of the Prophet…” he didn’t need to name the sura of the Qur’an that the quoted words came from; he could assume that his listener already knew. Describing such allusions as “links” adds heft to claims that linking is thousands of years old, but a link that doesn’t provide an address for its destination can’t be traversed, and a link that can’t be traversed isn’t much of a link. And, such claims diminish the tremendous achievements of the 12th-century scholars who developed new techniques to navigate the accumulating amounts of recorded information they were studying.