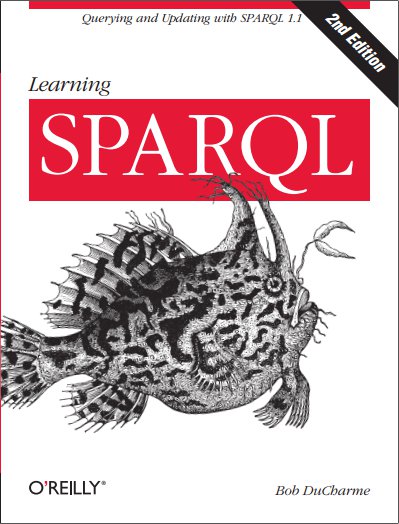 My most recent book is Learning SPARQL from O’Reilly Associates. It provides an introduction to the W3C standard language for querying and updating RDF. Many readers have also found it to be a good introduction to RDF itself. You can get a feel for the book with this 11-minute video. 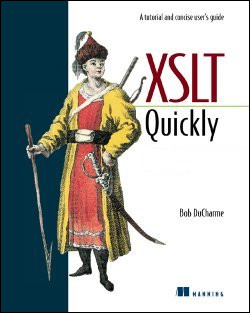 XSLT Quickly from Manning Publications, is an introduction to the most important parts of the W3C standard language for transforming XML: XSLT. It’s old enough that it only covers XSLT 1.0, but I still go back to it myself now and then because xsltproc, which only supports 1.0, seems to be standard part of most Linux distributions and sometimes I need a little XSLT to get something done. 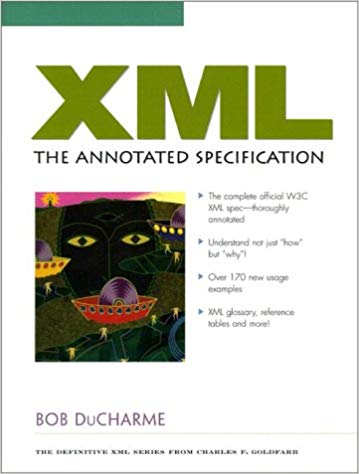 XML: The Annotated Specification XML grew out of the ISO 8879 standard SGML. Before it did so, you could tell a serious SGML person because they owned a copy of Charles Goldfarb’s expensive (at the time) The SGML Handbook, an annotated version of the SGML specification. When Goldfarb started a Prentice Hall series built around the new XML standard I offered to do XML: The Annotated Specification, which annotates and provides examples from the original XML Recommendation—the entire thing, including appendices. It was fun to be the author of this book when XML was in its original wave of popularity. My blog posting A Brief, Opinionated History of XML describes my perspective on that history from my front-row seat. SGML CD published by Prentice Hall in 1997. A user’s guide for the most popular free software used to work with XML’s predecessor, the ISO standard SGML. We originally planned to call this “SGML for Free,” back in the days when free software was more of a novelty than it is today. Prentice Hall thought that including a CD of the software would make the book more attractive, so they added that and changed the title. 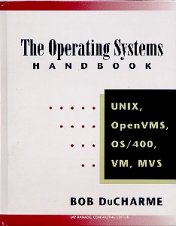 The Operating Systems Handbook The Operating Systems Handbook, published by McGraw-Hill Professional Books in 1994: a crash course in the five most popular mainframe and minicomputer operating systems at the time. I wanted to call it “Fake Your Way Through Minis and Mainframes,” but McGraw-Hill Professional Books wanted something that sounded more, well, professional. (After all, it was a hardcover book.) Once the copyright was reverted to me I released a free version of the whole thing that you can read about at Self-publishing bound, hardcopy books, and I still get a thank-you email about once a year–often from an IBM employee.

I wrote a lot about XML and RDF for various publications back when there were publications that would pay for it. Now I mostly just write for my blog.