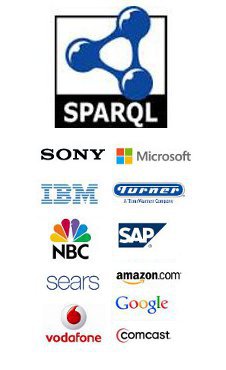 When people talk about semantic web or linked data success stories, they usually talk about the big, well-known projects such as those at BestBuy, the BBC, NASA, life sciences companies, the whole vocabulary and taxonomy management industry, and the growing use of DBpedia by a range of companies. I’ve always found that a company’s job postings provide interesting clues about their potential technology directions, and the increasing references to SPARQL in these postings is another positive trend. These fly further under most radars than the projects mentioned earlier, but their volume adds up to a real long tail, in the Chris Anderson sense of the word.

For a while now, I’ve had a saved search for appearances of “SPARQL” on the job posting site indeed.com so that I could occasionally mention companies looking for SPARQL experience in the Twitter feed for my book Learning SPARQL. I’ve mostly limited it to high-profile, brand name companies because there are really too many to mention them all; last Saturday’s email from indeed.com listed six positions ranging from Xerox (who has two positions open) to Axius Technologies in Hoboken, who I’ve never heard of.

I thought it would be fun to review the names of the companies I’ve tweeted about and make a list of the most well-known ones, and as you can see below, it’s an impressive list. Sometimes these companies bury the mention of SPARQL deep down in their descriptions of duties for the Java developer or “solution architect” that they seek, but others, like Xerox, say right in the job title that they want a Database-SPARQL Developer.

What does this mean? It means that the use of RDF and SPARQL is really getting traction at the grass roots level, as large and small companies move beyond side projects for investigating the technology to projects that require RDF and SPARQL enough to influence their hiring budgets. That’s some nice progress.