While preparing slides for the Semantic Web Overview talk I’ll be giving at the beginning of the Semantic Technologies course of the Oxford XML Summer School, I was adding a few slides on Linked Data. (Leigh Dodds is presenting a more detailed class on Linked Data later in the day.) Of course I had to include a slide of Richard Cyganiak’s interactive diagram of the Linked Data cloud, and as with many of my slides, I was tempted to re-use a slide from a presentation I’d given before. I found the following image in a talk I gave in February of last year: 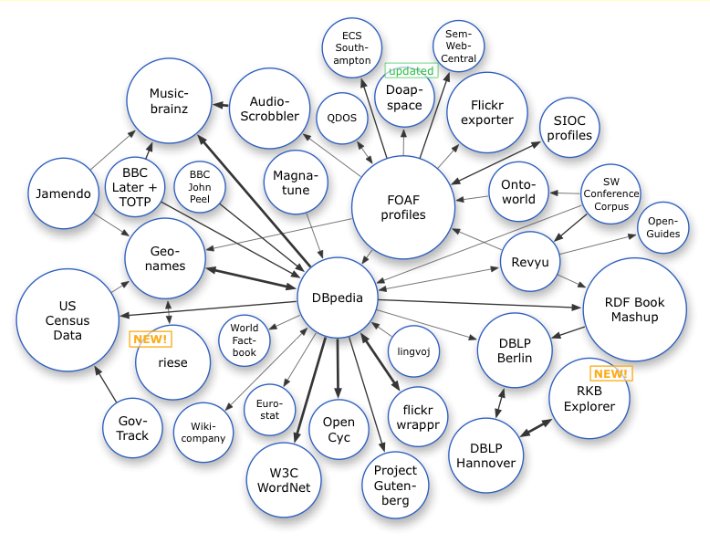 I decided to be conscientious and update the image, so I went to Richard’s page to get an updated version, and found this: 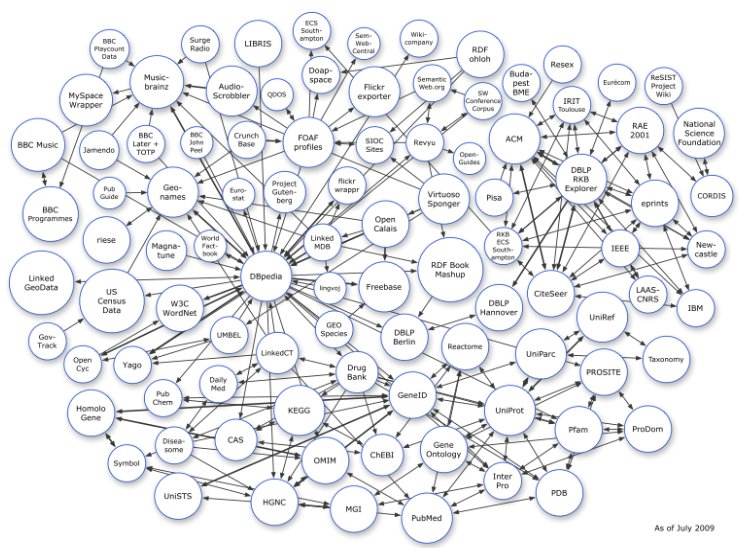 It looks like the world of linked data is growing at quite a rate! And, if you look closely, you’ll see that his latest image says “As of July 2009”, so I imagine that there are even more nodes to add to this image by now.