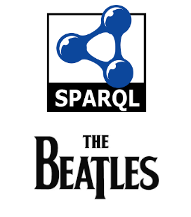 While listening to the song Dear Life on the new Beck album, I wondered who played the piano on the Beatles’ Martha My Dear. A web search found the website Beatles Bible, where the Martha My Dear page showed that it was Paul.

This was not a big surprise, but one pleasant surprise was how that page listed absolutely everyone who played on the song and what they played. For example, a musician named Leon Calvert played both trumpet and flugelhorn. The site’s Beatles’ Songs page links to pages for every song, listing everyone who played on them, with very few exceptions–for example, for giant Phil Spector productions like The Long and Winding Road, it does list all the instruments, but not who played them. On the other hand, for the orchestra on A Day in the Life, it lists the individual names of all 12 violin players, all 4 violists, and the other 25 or so musicians who joined the Fab Four for that.

An especially nice surprise on this website was how syntactically consistent the listings were, leading me to think “with some curl commands, python scripting, and some regular expressions, I could, dare I say it, convert all these listings to an RDF database of everyone who played on everything, then do some really cool SPARQL queries!”

So I did, and the RDF is available in the file BeatlesMusicians.ttl. The great part about having this is the ability to query across the songs to find out things such as how many different people played a given instrument on Beatles recordings or what songs a given person may have played on, regardless of instrument. In a pop music geek kind of way, it’s been kind of exciting to think that I could ask and answer questions about the Beatles that may have never been answered before.

Here are three typical triples. All of these resources have corresponding rdfs:label values to make query output look nicer:

Here are some of the queries I entered.

Who ever played piano for the Beatles, and on how many songs?

Paul’s number one spot is no surprise, and these results and other data do support any assertion that George Martin truly was the fifth Beatle. Seeing Chris Thomas there was a surprise to me; he went on to produce the Sex Pistols album, the first three Pretenders albums, the second through fifth Roxy Music albums, and many more classics. And, we have to wonder “what song had Ringo on piano?” As we’ll see, that was easy enough to query.

This variation on the query above is slightly broader, because it looks for people who played any instruments with the string “piano” in their name:

This raises Paul and John’s numbers and adds Nicky Hopkins (who also did important piano work for the Stones, the Kinks, and the Who) and Billy Preston, who in addition to the electric piano on Get Back, apparently played on five other songs. (The increase in numbers isn’t all from electric pianos, but also from the pianet that John and Paul each played once or twice.)

What song had Ringo on piano?

The result is a White Album song that Ringo apparently wrote himself:

Who were all the cellists the Beatles ever used, and on what songs?

I have no reason to recognize any of the names here, but I when I sent the URL of the She’s Leaving Home page to a friend who was a London session string player in the sixties, he said that the members of the double string quartet on on that song were very top people and that some were friends of his.

Who played on how many songs, period?

No big surprises in the top 10 but there definitely are after that. For example…

What 4 Beatles tracks did ELO founder Jeff Lynne play on?

Apparently he sang and played overdubs with Paul, George, and Ringo on some John demos, after John died, as “new” Beatle material to go with the Anthology documentary and rereleases.

As you look through the big list of musicians above, you’ll probably want to plug more names into that last query. For example, any Beatles or Eric Clapton fan knows that he played the guitar solo on While My Guitar Gently Weeps, but why does he get a “2” up there? It turns out that he and some other big names sang backing vocals on All You Need Is Love.

Let me know what kinds of queries and results you come up with!