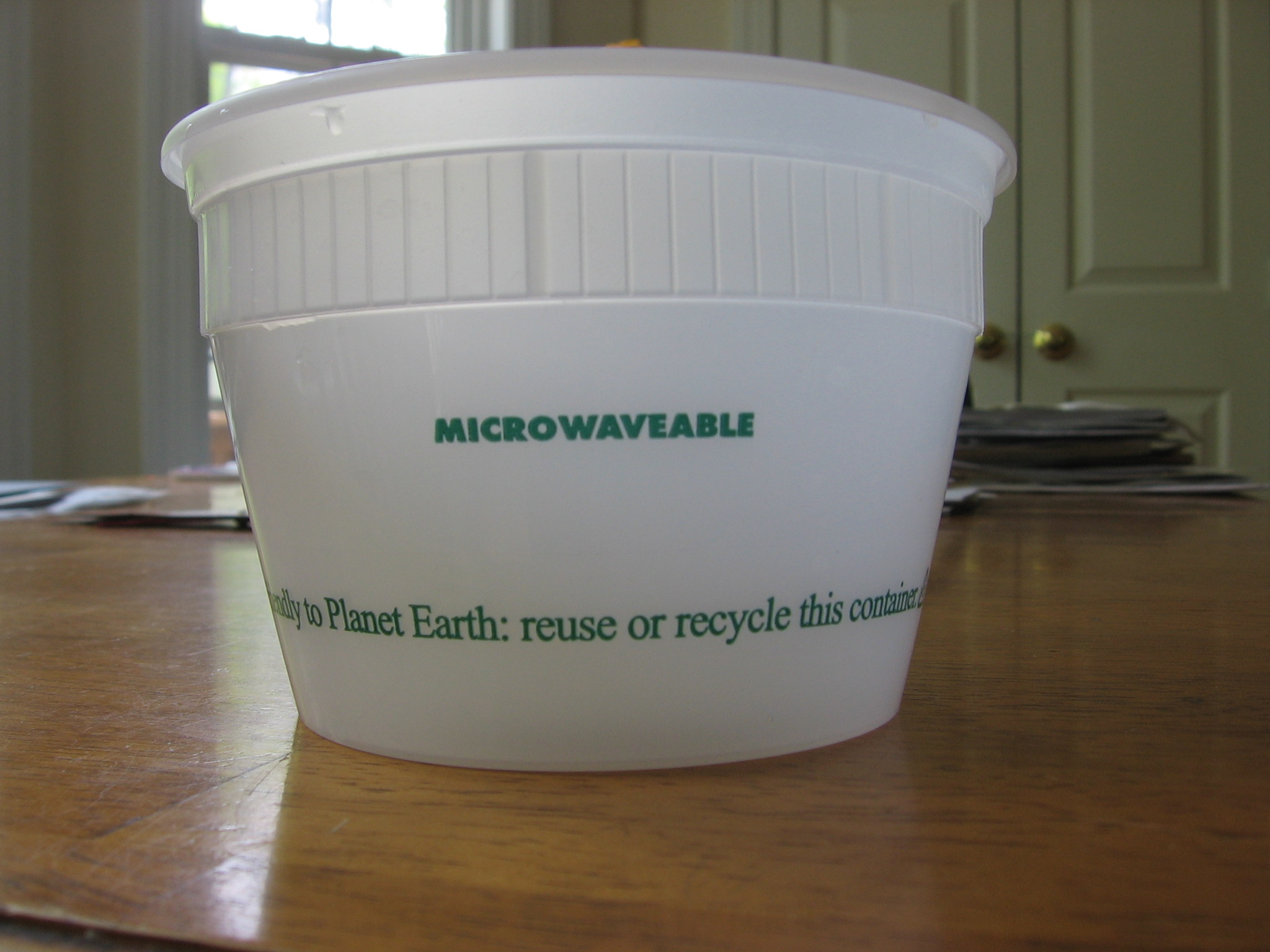 I laughed when I found the container shown here in our house, because it demonstrates an overly common attitude about reuse of software, right down to the sanctimonious tone: everyone agrees that reuse and recycling is good, so you should reuse this thing that we custom-designed for our particular needs.

Now, maybe the container is built of recycled plastic, in which case it has some practice behind its preaching, but the idea of demonstrating your commitment to the lofty principle that Reuse is Good (friendly to Planet Earth! With a capital “P” and “E”!) by insisting that others reuse your bespoke work is common in software development. There’s a good reason for this: finding code that suits your needs is often more work than just writing the code that does the job you need done. The developers who insist that others should reuse their fabulous code often didn’t think beyond their own specific needs when designing it, skipping the steps of generalizing the tasks performed to a wider range of related needs and of course documenting their work so that people understand how to fit their work to other needs.

This has been an issue since people began preaching about source code reuse over thirty years ago, and it drove much of the popularity of object-oriented analysis and design. It’s interesting that this is less of a problem with semantic web technology, for two reasons that I see:

Essentially, the ease with which we can loosely join small pieces of ontologies and RDF schema makes it much easier to use semantic technology to form a semantic web.

(A side note on object-oriented work: today everyone thinks that paradigm shift just means “big change.” When science historian Thomas Kuhn coined the term, he was describing a gradual fading away of research in a given problem area as people worked on new areas and the other one got left behind. Has object-oriented analysis and design faded away as an active area for computer science researchers since its heyday in the eighties? I think so. Try going to the Association for Computing Machinery’s www.oopsla.org website and you’ll be redirected to the “Systems, Programming, Languages and Applications: Software for Humanity” conference that has folded it in. That conference has an OOPSLA track, but in the titles of the 61 papers presented in that track in 2011, the word “object” only comes up three times. Of course, object-oriented principles drive the code development of Java and several currently popular programming languages, so these principles are still going very strong, but I find it interesting that active research in the area has faded to such a small fraction of where it used to be.)